The Taing, the beach at Norwick.

The Taing, a small grass covered tidal island on the beach at Norwick on the north east coast of Unst. Although unremarkable, the island and its neighbouring rocks are of great interest to geologists because of their unusual geology. Eastern Unst is an ophiolite. This is where a section of the earth's crust from beneath the ocean collided with an ancient continent and was pushed up onto it 420 million years ago. At Norwick beach immediately to the north of the Taing there is a shallow sand filled trench and you can see where the ophiolite and continent meet. The island is comprised of serpentinite and talc steatite, while the rocks to the north are phyllite. 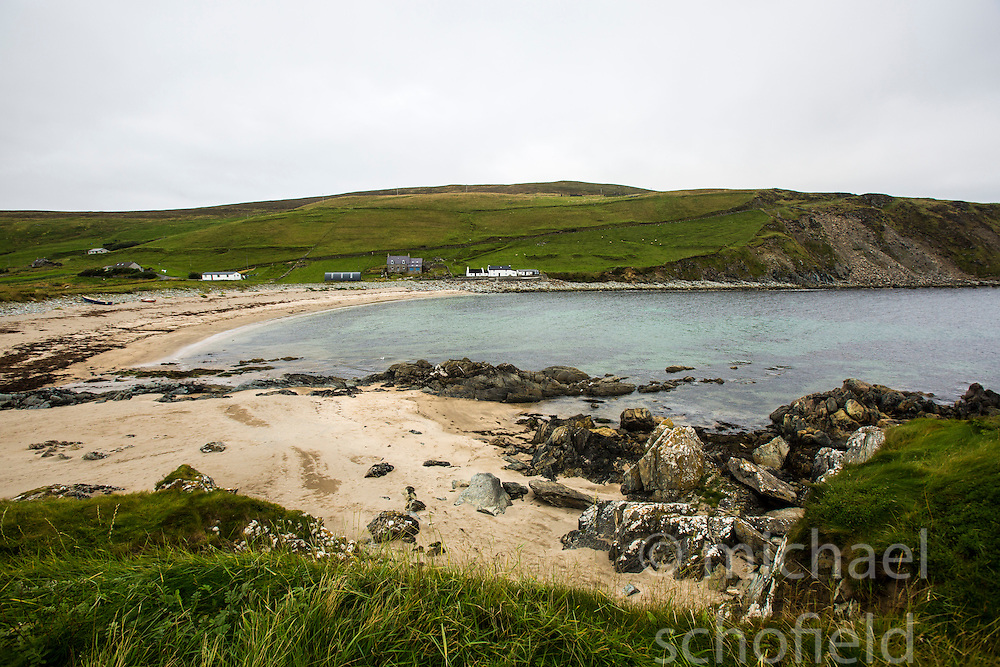