General view of the hemicycle. The city of Strasbourg (France) is the official seat of the European Parliament. The Parliament's buildings are located in the Quartier Européen (European Quarter) of the city, which it shares with other European organisations which are separate from the European Union's. Previously the Parliament used to share the same assembly room as the Council of Europe. Today, the principal building is the Louise Weiss building, inaugurated in 1999. 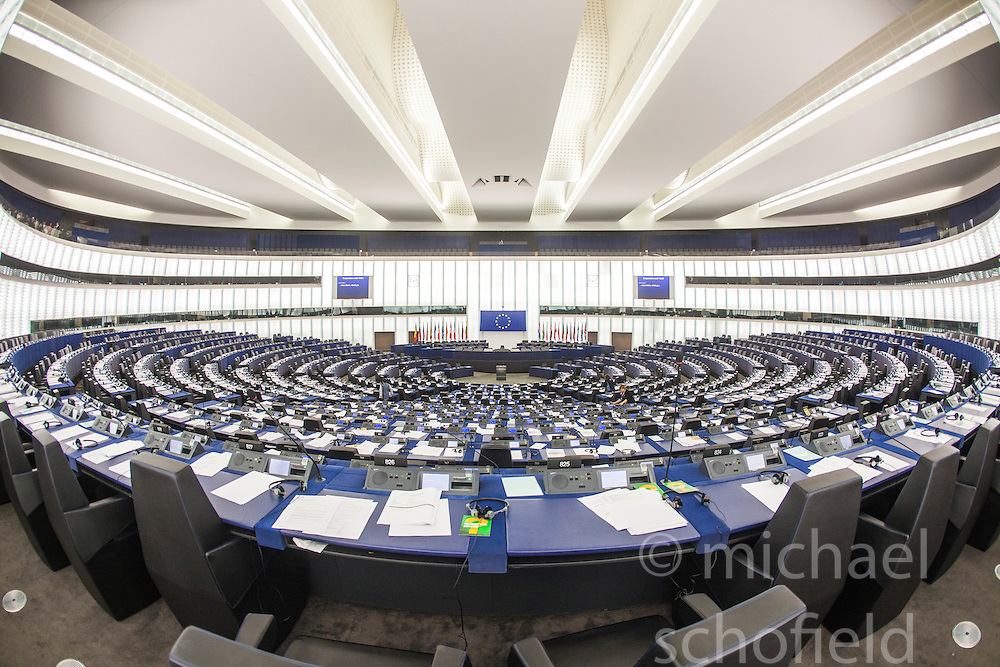